What typeface is Coke or Coca-Cola?

In the mid 1880s typewriters started to be common in offices. Business communications were hand written prior to this. A business used business scripts, carefully penned and written by hand with a fountain pen.
The ease of writing with a ball point pen did not exist until after the typewriter was in place. The ball point pen was improved and was commercially available and sold by the early 20th century.

What Typeface is Coke or Coca-Cola?

Coca-Cola lore has it that the script style logo art was penned by the company bookkeeper, Frank Robinson. The 1900 version is his interpretation of Spencerian script. The Coca-Cola logo has evolved and it has been redesigned several times to what looks like the script classification typeface you see now.
link to TMI on history of logo follows:
A Revealing Look at the Evolution of Coca-Cola and Pepsi Logos 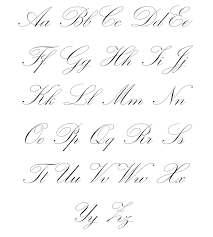 Logo brand images
After reading all this wouldn't you like to drink an ice cold refreshing coke?
Posted by tedb@tbdesign.biz at 9:53 AM